Technology is definitely changing the world. There isn't an universal opinion on the direction of this change and many skeptics point out the negative effects. For example, in recent years, users have become more lazy, and it is difficult to keep their attention for a long time, especially with a smartphone in their pocket. Therefore, organizers of all kinds of events - from concerts, theaters to conferences and corporate events, are increasingly relying on visual effects to extend the experience. Among the fastest growing technologies in this field is 3D mapping, which uses projectors, lights and other special tools to turn any building, hall or wall into a screen. It is in this niche that a Bulgarian company is located, but not with a low price, but with a winning name of one of the best.

Sofia-based MP-STUDIO has already completed over 160 projects in Bulgaria and around the world. And its creator Marin Petkov simply explains that the purpose of the team is far greater than doing a show. "We like to tell stories," said Petkov, who founded the company nine years ago, he is its CEO and he is responsible for the visual effects. He came up with the idea while studying Computer Science and Multimedia in Germany. Upon his return to Bulgaria, he gradually attracted capable people with whom to carry out his plans. Currently, the company's team is made up of eight people, each of whom is a specialist in a particular field - from software, through 3D effects, music, post-production to sales and marketing.

Many in Bulgaria have certainly watched some of the light shows from MP-STUDIO without knowing that the company's small team is behind them. These are the first 3D projection on the National Theater in 2011, the Soviet Army Monument a year later, as well as the impressive show for Europe's day. According to Petkov, after the difficult first steps, the Bulgarian market is already sufficiently developed and several companies are actively working on it. But the main business of the company - about 80%, comes from abroad.

From the abbey to the sheikhs

In recent years, MP-STUDIO has many projects in Belgium, France, the Middle East and more. Each market has its own specific features. In the first two countries, their main customers are local authorities. "The interesting thing is that most of the projects there, are related to the development of historical and cultural areas - we have to tell about different event and the history of an abbey or village," adds the other Marin in the company - Marin Dimitrov, who is responsible for sales and marketing. They both joke that they have already specialized in performances on churches and abbeys. But there are many other successful projects beyond them. Again in Belgium MP-STUDIO makes the first show in a cave - they set up a different effects installation in the Han cave, telling the history of the region in three different halls. 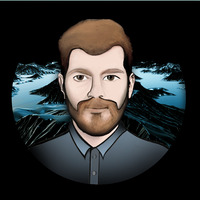 Being Human In A Digital World
Immerse yourself into Bulgaria-based VFX studio MP STUDIO's fascinating 3D projection-mapped show, Metamorph.
Vincent Meets Rembrandt: The Untold Story”
Which is the meeting between famous people from the world’s history that you wish would have happened?
- We Are Hiring -
open positions at MP-STUDIO